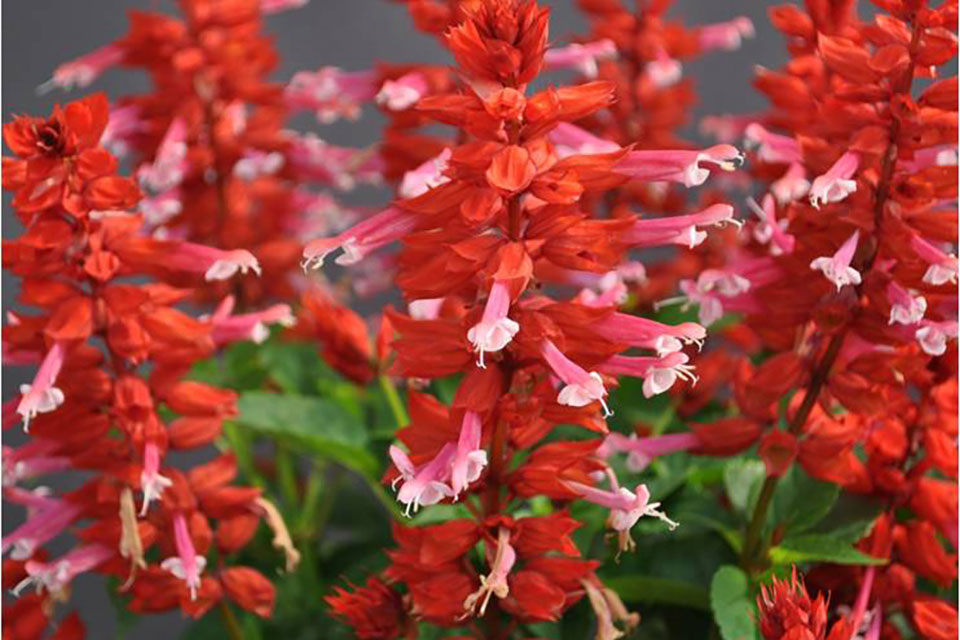 New for 2016, Salvia ‘Grandstand Red Pink Lipstick’ is a magnet for nectar-loving birds and butterflies.

Green Fuse Botanicals moved to new facilities in Santa Monica, CA, a few years ago to expand its abilities to evaluate new plants and accommodate the new genetics it planned to bring to the market. It is currently concentrating on adding more first-year flowering perennials to its First Light program.

The new additions will strengthen the company’s programmable perennial combinations program, introduced in 2015, which features perennial mixes specifically designed to finish together for targeted selling dates. Green Fuse also continues to work on inter-species breeding, looking for varieties with heat tolerance that will take summer temperatures, and the California drought has prompted a greater emphasis on developing products that require less irrigation.

The company recently built a tissue-culture lab in Santa Paula, CA, that will allow it to market some of the more unique tissue-culture items that cannot be supplied from offshore and to be more consistent in supply. One new product debuting at California Spring Trials 2016 and produced from the Green Fuse lab is a large-flowered Lupine Staircase series that will start with four initial colors and expand to include a multitude of solids and bicolor varieties.

Randy Uhl, Technical Sales Support Representative at Green Fuse Botanicals and the Henry F. Michell Co., says Green Fuse has found that working with growers in a more direct way is very beneficial for trialing and the introduction of new varieties, but the follow-up with each facility can sometimes be problematic.

“Folks are busy and the product is tough to locate in the sea of other plants,” he says. “However, it is an important step because knowing what went right or wrong with an introduction before it is available to the rest of the grower community is crucial.”

Because early flowering perennials that finish in week 9 or 10 are ideal for Green Fuse’s First Light program, the company often trials short days from winter to spring while the rest of the industry is producing product. After an initial evaluation, the products are then re-trialed in the summer and fall at Green Fuse’s Santa Paula R&D facility and at other locations around the country.

One change for Green Fuse and other breeding companies, Uhl says, is the pressure to introduce new products and have a full pipeline to keep the attention of growers and retailers. This is particularly true with big box companies, who are always on the lookout for new products to differentiate themselves from their competitors. Green Fuse hopes to keep including fresh and exciting categories to its lines (and not just me-too items), which is a big challenge.

Another obstacle for breeders in recent years, Uhl says, is the restrictions on moving plants from one continent to another. This has changed a great deal over the past five years and will only get tougher.

“New genetics may be fewer just because countries cannot import new plants for introduction,” Uhl says. “Therefore, we may see new breeding be done internally versus picking up genetics from abroad.”

Janeen Wright is managing editor for Greenhouse Grower. You can email her at [email protected] See all author stories here.