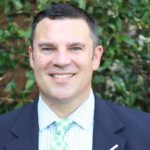 Taxpayers can now see the full results of the tax changes in the Tax Cuts and Jobs Act of 2017 that legislators signed into law more than a year ago. Will everyone see benefits? As with anything coming out of Washington, it’s complicated. The bill, which passed along party lines in a flurry of activity in the second half of 2017, aimed to simplify the tax process while reforming corporate and individual income tax rates.

Tax reform was a major concern for AmericanHort in 2017. The organization made it a priority during our Washington, DC, fly-in and engaged in the debate until completion. We focused on three key issues — preserving cash accounting methods, expensing of things such as interest and equipment, and the elimination of the estate tax.

The results of these efforts were somewhat positive: cash accounting methods were preserved, interest expensing remained but in some cases was capped for larger businesses, and equipment expensing was made immediate and full, while the Estate Tax — despite not being totally eliminated — saw exemption levels doubled for individuals and married couples until 2025.

Partnership Helps Unravel a Complex Issue
Anyone who pays taxes is well-aware that the system is quite complicated. Especially after the latest round of tax reform, the learning curve remains steep while attempting to identify and utilize changes that are beneficial. To add to the degree of difficulty, some provisions will be phased out over time while the capping of the state and local tax (SALT) deductions made some high-tax states, such as California and New York, face the possibility of having negative tax burdens on its residents.

That is why AmericanHort partnered early on in the tax reform debate with K-Coe Isom, a leading national agricultural tax firm. With more than 20 offices in eight states across the country, as well as a lobbying team in Washington, DC, K-Coe Isom has provided us with insightful perspective when it comes to all things tax-related. It has also spearheaded many national advocacy initiatives, such as Farmers for Tax Fairness, which fought for the preservation of cash accounting to the benefit of our industry, as well as agriculture overall.

What are some things that K-Coe Isom, along with AmericanHort, have been focusing on this past year with regard to taxes?

Expensing of Equipment
Probably one of the most favorable items in the tax bill centered around immediate and full expensing of short-term capital items, such as machinery and equipment. This allows businesses to treat these expenses like other business expenses, rather than stretching deductions over many years.

Unfortunately, this is only a temporary measure, as it will be in effect for five years, then phase down and expire entirely in 2026. In other words, if you are thinking about purchasing equipment for your business, it would be better to do it in the near term to benefit from this pro-growth provision.

Entity Restructuring
Perhaps the most often-asked question in the past year has been whether or not one’s business structure is in the most beneficial form after the tax code changes. Numerous adjustments were made to tax rates for businesses such as corporations and pass-through entities, allowing for the potential of greater tax savings if businesses adjust as a result of the changes.

According to K-Coe Isom, entity restructuring under the new tax provisions proved to be beneficial from both a financial and operational standpoint for many businesses. The restructuring went beyond savings, as it aided in simplification in reporting and financial statements. The decreased flat tax rate of 21% for a C Corporation was the primary reason listed — although if companies were structured as more than one entity, it became more complicated.

If a business did not restructure this past year and a painful tax burden ensued, it is certainly an option to explore and receive expert advice on in 2019.

The coming year will likely see much debate on the tax provisions mentioned above, as the issue of tax reform will likely face more oversight and scrutiny, catalyzed by the change in the House majority.

Democrats have vowed to focus on items such as the SALT deduction and tax breaks for corporations, using the issue to energize voters as they attempt to regain control in Washington. Ultimately, expect another round of contentious debate from both Republicans and Democrats in the near term on this key issue.