Horticulture in a Post-COVID-19 World 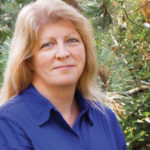 How Plant Lovers Can Feel Isolated But Not Alone During Coronavirus 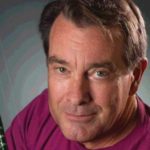 ‘Hidcote’ lavender was grown at a range of soil moisture levels, which are labeled on the pot (units are m3•m-3). The plants grown in the driest soils, near the permanent wilting point, are on the left, while those grown near container capacity are on the right. These plants were irrigated with 0.34 to 2.6 gallons of water during a 54 day production period.

Factors That Can Make or Break Greenhouse Strawberry Production 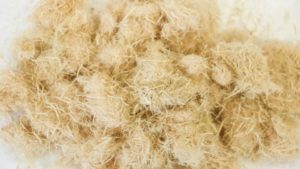 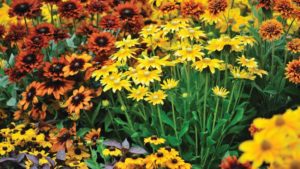 Because lavender is native to Mediterranean climates, it is recommended that plants be allowed to dry between watering. According to the “Ball Red Book,” English lavender has an intermediate difficulty level in regards to growing. One challenge with growing this plant is managing soil moisture. While it is typically recommended to grow plants in dry substrates, it is unknown if additional moisture would benefit plants, or how much drought plants can tolerate. For example, other Mediterranean plants, such as rosemary, prefer well-drained soils, but die when exposed to drought.

Our goal was to determine how English lavender plants would respond to a range of irrigation levels, including drought and normal moisture. We worked with two cultivars of Lavandula angustifolia, ‘Munstead’ and ‘Hidcote.’ ‘Munstead’ has been the industry standard in Maine for cold-hardiness for many years. ‘Hidcote’ is a cultivar that has rich, deep-purple flowers.

The plants in the experiment were maintained at relatively constant soil moisture. However, moisture contents ranged from near the permanent wilting point (very dry) to close to container capacity (quite moist). We used soil moisture sensors (5-TM, Decagon Devices) to measure soil moisture and maintain very dry or moist substrate moisture levels. These sensors measure volumetric water content, which is the ratio of the volume of water to the volume of soil (units = m3•m-3).

For the substrate, we used a peat-lite mix. Very dry substrates were irrigated when substrate volumetric water content fell to 0.10 m3•m-3. On the other hand, moist substrates would be irrigated at 0.40 m3•m-3. Using this approach, we were able to observe the response of English lavender to a broad range of soil moistures. During the course of this experiment (54 days), we applied a range of 0.5 (low soil moisture or 0.10 m3•m-3) to 3.5 gallons (0.40 m3•m-3) of water to English lavender.

Both cultivars of lavender were generally larger when they were grown with more water (Figure 1, Figure 2, see slideshow). Plants were taller, and had greater overall size. When ‘Munstead’ and ‘Hidcote’ were grown drier, there were fewer flowers on each plant. This would impact quality, because consumers are more likely to purchase larger plants with more flowers. ‘Munstead’ plants grown in the driest soils did not flower at all. The plants grown at the highest or intermediate soil moisture levels did not exhibit any signs of stress or disease.

Many ‘Hidcote’ lavender plants died when they were grown in the driest soils (0.10 m3•m-3). By comparison, ‘Munstead’ plants survived even the driest conditions. They were generally larger and more vigorous when compared to ‘Hidcote.’ Based on this information, it appears that ‘Munstead’ may be a more drought-tolerant cultivar than ‘Hidcote.’

Overall, we found that English lavender may not be as drought tolerant as we previously thought. It may be a good approach to grow plants in a well-drained soil, but avoid allowing plants to dry out completely. This would be particularly true for cultivars such as ‘Hidcote’ that are not particularly vigorous. If you prefer to grow lavender dry, ‘Munstead’ would be a good cultivar to select for production because of the two cultivars we researched, it was the more drought tolerant. One new, promising lavender cultivar is ‘Phenomenal.’ While we did not research this cultivar, it would be a good one to consider for in-house trials because it is hardy to Zone 5 and grows to a maximum height of four feet.

If you wish to use sensors to measure water in your greenhouse, you have a few approaches to consider. The sensors that we used can be connected to a hand-held datalogger called a Pro-Check (Decagon Devices). This datalogger allows for instantaneous readings of soil moisture that may provide more information for making irrigation decisions. Several sensors could also be connected to a datalogger (EM50 or similar, Decagon Devices) to provide continuous monitoring.

This work was supported by the American Floral Endowment and is based upon research supported in part by Hatch Multistate Grant ME0-31401. The authors thank the Fafard Corporation for providing substrate to support their work.

Shuyang Zhen is a Ph.D. candidate at the University of Georgia. See all author stories here.

Stephanie Burnett ([email protected]) is an associate professor of horticulture at the University of Maine and a member of the Floriculture Sustainable Research Coalition. See all author stories here.