Here's Something for the Greenhouse Industry to Look Forward To

Three Unforgettable Lessons the Coronavirus Pandemic Has Taught Us Expert Advice on Preparing Your Greenhouse for Social Distancing 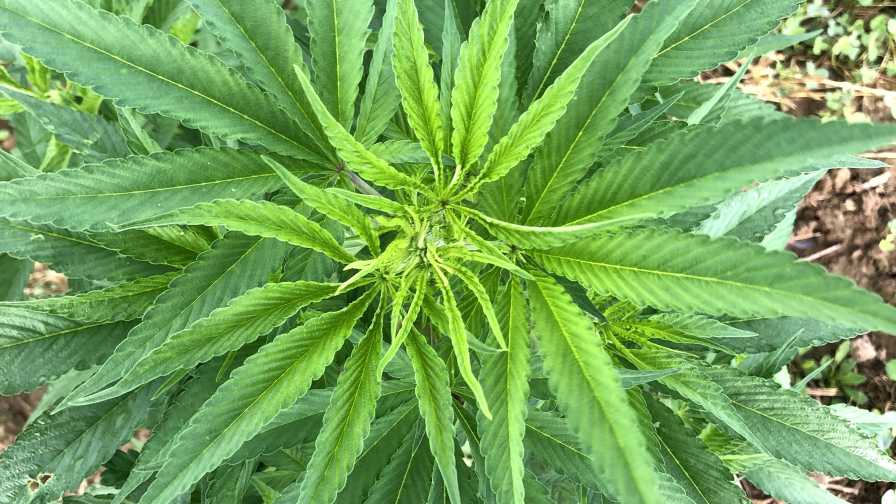 One of Ohio’s 198 licensed hemp farmers is laying a big bet on greenhouse hemp. Cedar Valley Farms in Wooster, OH, a new venture headed up by cannabis industry veterans CEO Shawn Cutter and Vice President of Business Development Jacob Hagemeyer, is carving a unique path amidst the windy, rocky road that is today’s domestic hemp industry. While others largely eschew the protective environment of the greenhouse in favor of the scales of economy offered by field production, these guys are filling a 300,000-plus square foot greenhouse facility with the latest technology and genetics.

Year one initially looks to be a bit of a proving ground, as the duo gets their feet underneath them and becomes familiar with all the new tech and automation in their shiny new greenhouse. Cutter and Hagemeyer have a keen organizational focus on ushering a heightened level of professionalism to their trade, as well as a traditional precision agriculture approach to the crop.

Industry partners involved in the venture include Trilogene Seeds as the genetics provider, VioletGro LEDs as the supplemental lighting source, and Link4 iGrow 1800 climate-control modules. The group will establish a perpetual harvest workflow to the tune of about 12 crop turns per year, staggering plantings so that no single harvest event is particularly overwhelming for the crew.

Rather than focus on developing a few core house strains right off the bat, as is typical for first-year grows in both cannabis and hemp, the family-run Cedar Valley Farms is taking a different approach: a diverse mix of cultivars, with corresponding standard operating procedures that emphasize blowing out terpene, flavonoid, and cannabinoid production over pure biomass output.

“A lot of hemp biomass ends up getting turned into oil. In the extraction process, you’re often losing a lot of the terpene profile that makes those different strains unique,” says Hagemeyer. “We’ll treat our hemp flower the same way we treat a legal cannabis crop, all of the curing and focus on maintaining quality throughout the process.”

The team at Cedar Valley has a major focus on finding and working with like-minded partners. The project’s official supplementary lighting solution provider, VioletGro, is a good example.

“It’s a unique scenario in that they are a data-driven group, and we’re data driven as a company,” says Kurt Kacera, Vice President of Business Development with VioletGro. “We’re going down the path of developing new technologies and evolving our technology offerings by way of this relationship, so it’s a very good client for us to work with.”

“For us, a major part of the selling points with VioletGro is that it offers a broad-spectrum solution compared to the light spectrums we see as humans,” Cutter says. “I wish there was more scientific research out there on this, but VioletGro’s lights have an ultra-violet (UV) component to their diodes, and it’s a proven fact that UV is very effective in the cannabis industry.”

Cutter notes that the group’s pre-purchase market evaluations revealed that VioletGro’s LEDs were “about 92% more efficient than any other lighting system we looked at.”

“We have the ability to deploy true UV lighting into the grow room, which will help with pest mitigation while also increasing terpenes, cannabinoids, and overall yield,” Kucera says. “We designed lens material (for our lights) that is UV-transmissive, so we create UV light from a UV chip inside the ballast.”

Trilogene, the hemp genetics provider, is another official partner on the project. That choice was reportedly one-part compliance and one-part breeding superiority.

“The compliance part is another huge reason we went with Trilogene,” Hagermeyer says. “Its genetics are very compliant with the 0.3% THC levels mandated in Ohio, and with Ohio basing it on total THC versus delta 9, that’s an important insurance policy for us.”

“One other key point with Trilogene is it has back bred its strains in the traditional breeding sense, which increases genetic stability along with introducing an unwillingness to herm-out (go to male) as well as other undesirable traits,” Cutter says. “What you tend to get in the market right now is that growers cross a strain in the field, not in a controlled environment, and put it out there as feminized. Then they hope it turns out good, but there’s still a lot of variation.”

Aside from the LEDs and genetics, climate control, automation, and multi-spectral data capture and analysis round out the tech efforts in the greenhouse for year one.

“We’ll be running a multispectral sensor in the greenhouse on the rail system, as well as flying the same sensors over our outdoor plants on a weekly basis with a drone, so we can get early detection of nutrient issues, stress, insect infestations, and diseases,” Hagermeyer says. “Shawn’s background in technology is going to be a huge benefit for us.”

“It’s really amazing what some of these control and monitoring systems we’re using can do,” Cutter adds. “Everything is so dialed in that we can monitor our greenhouse from anywhere with this stuff.”

Another benefit for the CVF team is the farm’s close physical proximity to The Ohio State University’s Wooster ATI campus with its controlled-environment agriculture program and research greenhouses.

“Our Director of Research and Development actually works at OSU-ATI, so we’ll be working alongside them pretty closely this first year, providing them with data, and vice versa,” Hagermeyer says. “It’s definitely going to be beneficial for us in working alongside of them, as well as having a PhD horticulturist on the team to gather and analyze data.”

With the full picture of Cedar Valley Farms’ year one greenhouse hemp project now in place, it seems fair to speculate that the group is set up remarkably well for rookie year success in the Buckeye State.

“A lot of what 2020 is going to be about for us is just getting in there and testing out our model in the real world,” Hagermeyer says. “We’re confident that we’ll grow a great crop with good yields, using the latest technologies. We’ll be testing our technologies and analyzing our data all year, and then the plan is to expand in 2021.”

“We’ve found that the biggest thing (for success) is to really map out the year in great detail, where we’re going and how we’re going to get there, and then have two or three backup plans for when something inevitably goes wrong,” Cutter says. “We know there are going to be issues, as there always are in an industry as new as the hemp industry is, but just like any other new industry, people will learn from their mistakes and find a better way. That’s what we’re planning on doing in Central Ohio this year.”

How You Can Help Set Guidelines for Safe Cannabis Production Practices

Why the Value of Greenhouse Produce Has Increased During COVID-19

What You Need to Design a Profitable Cannabis Greenhouse (Whitepaper)

How the Canadian Government Is Helping Vegetable Growers Fight COVID-19